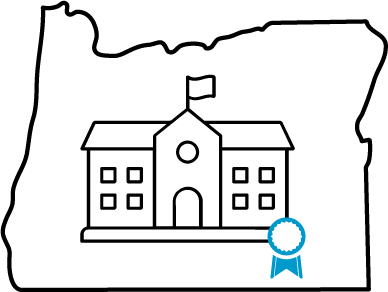 Any school wishing to grant academic degrees must be first approved by the Higher Education Coordinating Commission (HECC). The HECC specifies under ORS 348.613 that schools must secure a surety bond, known as the School Authorized to Confer Degree Bond, as a step in the application process. The bond is enforced to ensure that schools conferring degrees are financially responsible for the fulfillment of obligations to their students.

Jet Insurance Company writes bonds directly, allowing us to eliminate the middlemen and take care of filing the bond for you.

What Is The Bond Limit and Cost for Schools Authorized to Confer Degrees?

Out-of-State Schools: Publicly-owned non-Oregon institutions have the bond amount calculated based on the gross tuition of Oregon enrolled students from the previous school year divided by four, with a maximum limit of $25,000.

Current In-State Schools: For schools who have been operating for one year or more in the State of Oregon, follow these steps for calculating the bond:

New Schools: For schools who have been open to the public less than one year in Oregon, the minimum bond amount is $25,000. Follow these steps for bond calculation:

Audited financial statements or other supporting documentation must be sent to HECC to verify bond limits, regardless of the school’s status.

Further information about bond limits can be found on the HECC PDF: Procedures for Surety Bond and Letter of Credit.

What Is the School Authorized to Confer Degree Bond Filing Process?

The School Authorized to Confer Degree Bond must be on file with the Commission prior to, or on, September 1, and remain on file throughout the entirety of the institution offering degree programs. Jet will file the surety bond with the HECC for you, which must be signed by you and Jet’s attorney-in-fact, then sealed. If you have other paperwork that needs to be filed along with the bond, the following address is where to send the items:

Can the School Authorized to Confer Degree Bond Be Cancelled for a Refund?

With Jet, you can cancel the bond at any time. The bond is continuous until cancellation is requested by the surety. A 30-day written notice is required by the HECC to cancel the bond. At that time, Jet will see if there is any premium left on the bond available to be returned to the school.

What Happens If a Claim Is Filed on the Bond?

ORS 348.613(5)(a) states that a student has the right to pursue action on the institution’s surety bond if the student has suffered financial damages from the school. An example of a bond claim would be: a student has not received any instruction from the school for which they have already paid tuition, resulting in monetary loss of said student.

The surety bond acts as a letter of credit, which is enforced to demonstrate the school’s ability to grant degrees to Oregon’s public. Unlike insurance, a claim on your bond must be paid back. If a bond claim is proved valid, Jet pays the claim and notifies the HECC. At that point you are responsible to pay back the claim in addition to any legal fees. The HECC also has jurisdiction to take disciplinary action such as increasing your bond amount for future years. Depending on the grounds for the claim and the school’s unwillingness to comply during the bond claims process, the HECC may also may suspend or revoke your ability to grant degrees.

Our application process takes only a few minutes to complete, and can be done from the comfort of your home. Click the button below to get started, and Jet will get you bonded within one business day.

How Does the Bond Renewal Process Work?

The bond amount must be evaluated annually, as the rolling annual average of tuition prepaid by students may change. Jet will do an audit prior to the bond renewal date to see if there has been any changes. If the bond limit changes, Jet will deliver a bond renewal to the school in a timely manner to reflect the change in the bonding amount. No matter the circumstances, Jet will make sure your surety bond is renewed with the HECC with plenty of time to spare.

What Is HECC’s Reason for Requiring the School Authorized to Confer Degree Bond?

The HECC enforces the School Authorized to Confer Degree Bond for the financial welfare of your school’s students. The surety bond acts as a tool to protect students from a school’s licensing law violations, pursuant to ORS Chapter 348.

Students have the right to file a claim on the school’s bond if they are financially damaged. Jet will pay up to the full bond amount if the claim is proved just, but then holds the school accountable to pay back that amount, in addition to any legal expenses.

How To Receive a Bond Reduction

As a school offering degrees, a bond is always required to operate. However, if your school is in good standing, there is a chance to receive a bond reduction.

Schools have the opportunity to reduce their bond limit by 50% after two years or 75% after five years of the average annual tuition prepaid by students if the school demonstrates the following: 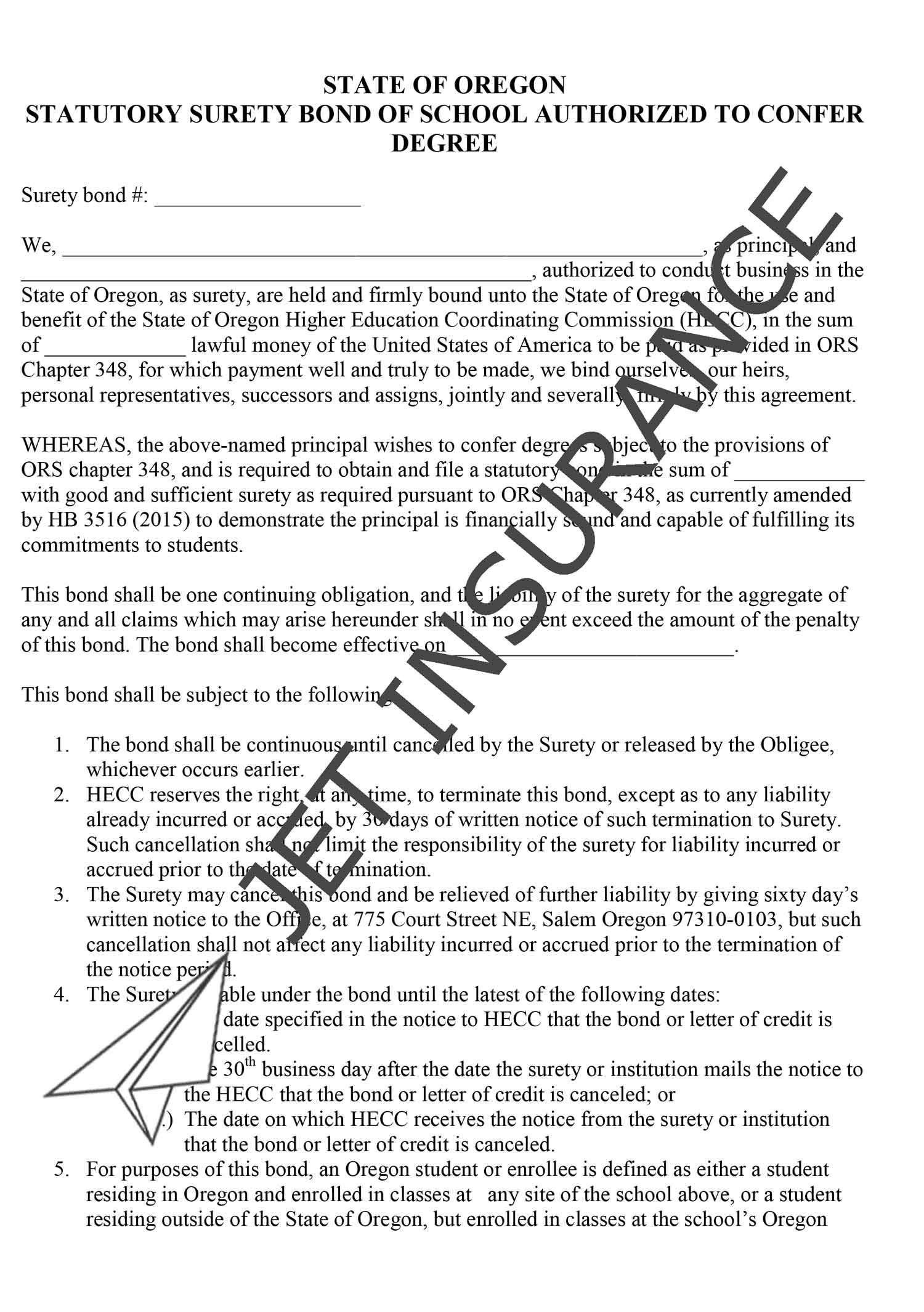