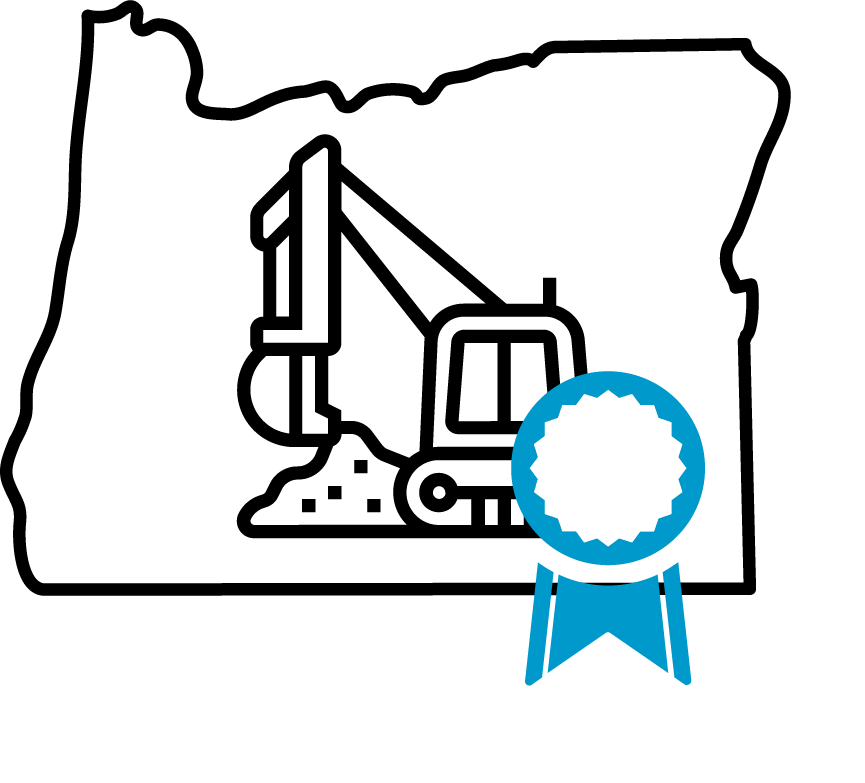 Contractors performing excavation in Pendleton, Oregon are required to get a $2,500 Street Excavation Bond along with their permit. This bond is a guarantee that permit obligations are fulfilled and the public/work spaces are restored to agreed upon conditions.

With Jet this bond is available online immediately after purchase which only takes a couple of minutes.

How Much Does the Pendleton Street Excavation Permit Bond Cost?

The cost for the Street Excavation Bond is $100. Other companies may require a lengthy application and need your private information to offer various rates. Not with Jet, our rate is guaranteed.

How Does the Bond Form Get Filed With the City of Pendleton?

What Is the Purpose for the Street Excavation Bond in Pendleton?

The City of Pendleton and their engineering department are in charge of the construction and maintenance of public roads and spaces. The bond is a financial guarantee to Pendleton that contractors complete excavation works on time and in a safe manner. Jet provides that guarantee in the form of the $2,500 bond. Should there be any unresolved damages caused by the contractor, the City will require the surety company (Jet) to pay up to $2,500 to account for the fiscal harm.

How Does a Contractor Avoid a Street Excavation Bond Claim?

Contractors need to follow the terms and conditions set forth in the permit they receive from the City of Pendleton to avoid any issues. There are three areas of concern from the City that can cause issue for excavators:

The City of Pendleton is the only entity that can take action against the contractor in regards to the excavation. Contractors can expect an opportunity to correct any mistake that was made and avoid compounding disciplinary action. If no remedy can be found and the contractor remains responsible for damages, Pendleton can take action against the bond to recover losses.

What Happen If I Get a Claim on My Bond?

Should the City of Pendleton not get resolution from the contractor following a violation, the City may file a claim on the Street Excavation Bond directly to Jet. Jet always investigates the validity of claims, but in the case of a claim originating from a government agency there may be little Jet can do other than following the City’s order and pay the claim. The contractor would need substantial evidence to prove the City is in the wrong and making a false claim.

If the claim is valid, Jet will make payment for the claim not to exceed the limit of the bond. Pendleton has no defined timeline for the handling of bond claims, so Jet defaults to the standards set by the State of Oregon Department of Insurance giving 45 days to investigate and 30 days to pay after acceptance of the claim.

Unlike insurance policies, which protect contractors from outside perils, this surety bond protects the City of Pendleton from the actions of the contractor performing the excavation. The contractor is ultimately responsible for their actions and therefore must reimburse the surety company for any claims paid. Failure to repay a surety company will result in difficulties to obtain a surety bond for future work.

How Does the Application Process Work With Jet?

The contractor provides some basic business information and payment of $100, and in minutes the transaction is done. Jet will send the original bond to the address you provide for filing with the City of Pendleton.

Can the Pendleton Street Excavation Bond Be Cancelled?

Yes, the bond can be cancelled by Jet. There is a 30-day cancellation period, in which the bond remains active following Pendleton’s receipt of cancellation notice. The bond should remain active for the entirety of the permit or else the contractor could face issues with the City of Pendleton regarding the work performed.

If for any reason the bond must be cancelled before permitted work begins, Jet can refund all money if Pendleton provides a release of liability. Otherwise the bond premium covers the entire project and there is no return.

Does This Bond Ever Expire?

Not with Jet! The $100 Excavation Permit Bond is good for the entire duration of the permit. Other surety carriers will force contractors to renew the premium each year.

Do Contractors in Pendleton Need Any Other Types of Bonds?

Yes, there are many different bonds a contractor may need in Oregon starting with the contractor license bond that all contractors are required to have per the Construction Contractors Board.

If you perform work on public works projects that have a total project cost of $100,000 or more, the Oregon Construction Contractor Board requires you to obtain a $30,000 Public Works Bond. The public works bond is supplementary and must be submitted as well as the required contractor bond. 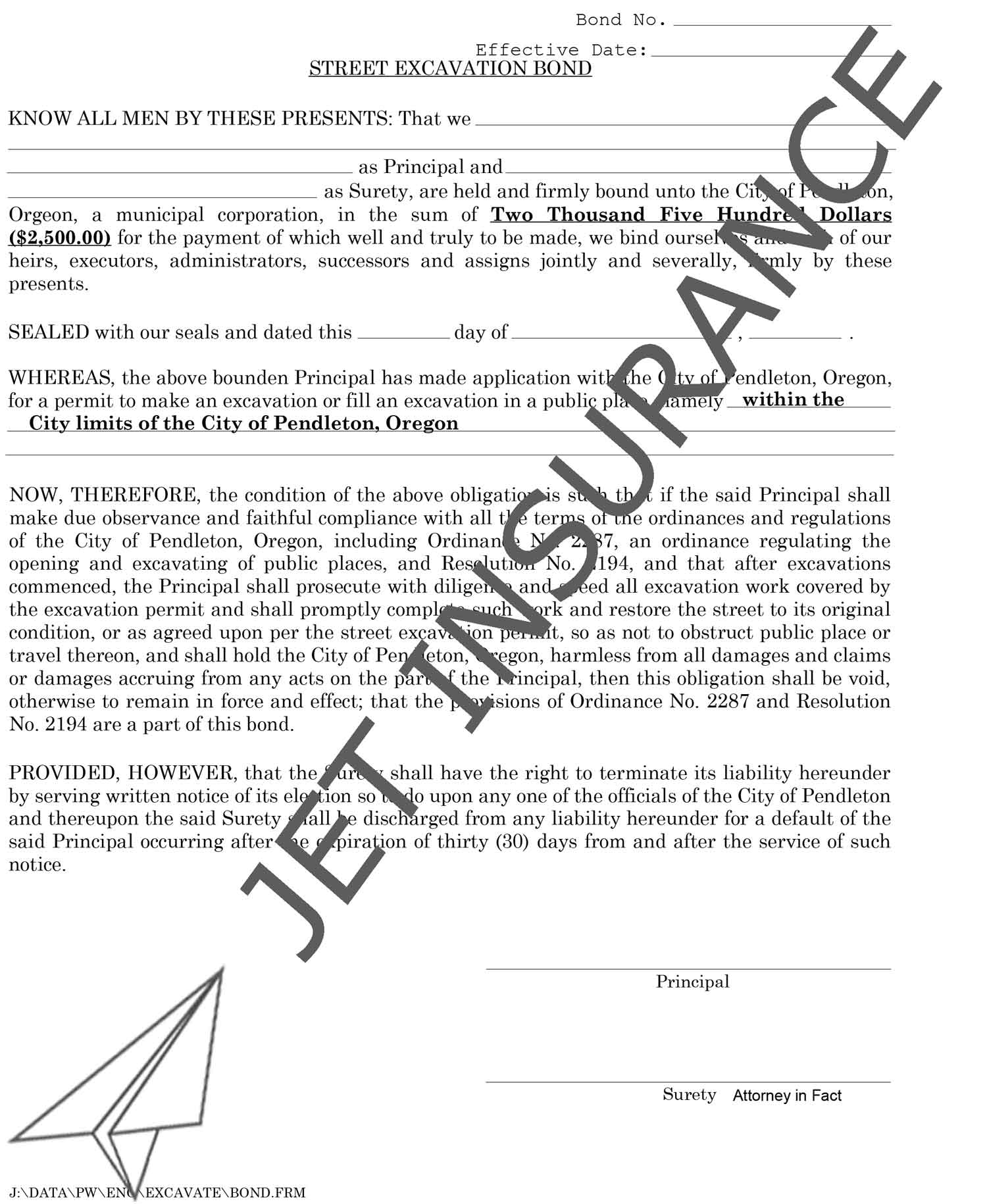